What is Flexographic Printing?

I've never ordered labels, how do I get started?

You can also request free printed label samples from us!

Will I get my labels in rolls or on sheets?

Our labels typically come on rolls (standard 3″ core), however, if you would like your labels to be produced on sheets, we can do that for you as well!

What is a "unwind" or "rewind" direction?

When To Use It: The unwind or rewind direction if important if your labels are being machine-applied. Make sure you confirm the right rewind or unwind direction with your machine or label applicator manual or manufacturer!

If you are applying your labels by hand, then the unwind or rewind direction is less important.

See the chart for more information.

What label sizes are available?

We have a wide range of different sizes to choose from, or create your own size. We work with you to match your label to fit your package or specific application.

What is four color process printing?

Flexographic four-color process printing is a system where a color image is separated into four different color values; cyan, magenta, yellow and black. These four images are then transferred or burned into printing plates. Each color has its own plate. Once the ink transfers from the plate to the substrate the original color image is reproduced. A four-color process gives your image a photo quality picture.

What does DPI mean?

DPI stands for Dots Per Inch. DPI is how the scanning resolution of an image is measured. The standard DPI for 4-color process printing is 300 dpi. This ensures that your image is reproduced in the highest quality possible.

What is the difference between "die-cut" and "butt-cut" labels?

Die-cut labels have round corners and spacing between each label on the roll.

Butt-cut labels have square corners and no spacing between each label on the roll.

What is a die?

A die is a metal rule or imaged block used to cut or place an image on paper in the finishing process.

What is a flexographic plate?

There are three types of image carriers in flexography, two of which can be categorized as plates:

Rubber Plates. A negative of the image to be printed is placed on top of a metal alloy coated with a light-sensitive acid resist. When exposed to light, the resist hardens in the exposed image areas, and remains soft and soluble in the unexposed, non-image areas. The unhardened resist is washed away after exposure, and an etchant is applied to the surface, which engraves those areas not protected by the hardened resist. The result is a metallic relief plate. A mold—or matrix—is then made of the relief plate. After cooling the mold, a rubber sheet is pressed into the matrix which, after cooling, will be a rubber relief plate. Various finishing operations optimize the plate for flexographic printing.

Plates are mounted on the plate cylinder either by an adhesive backing or by other means, such as plate clamps. See Plate: Flexography.

The third type of image carrier is called a design roll, which consists of a layer of vulcanized rubber applied as an unbroken “jacket” on the surface of the plate cylinder itself. The imaging of the plate is commonly performed using high-energy lasers, which atomize the non-image portions of the rubber surface, leaving the image areas in relief. Design rolls, due to their seamlessness, are useful for printing continuous background patterns such as those found in packaging, wrapping, and other forms of decorative printing applications. They are also capable of higher print runs than conventional plates, with which they are occasionally used in tandem. (See Design Roll.)

The PMS system uses predetermined and published color formulas to create a large number of ink colors. PMS offers precision with mixing and assigning colors. In printing, each color has a PMS number or code assigned to it. This number is used to identify the exact color that is needed. Using PMS inks is called spot color printing. PMS also gives designers and printers a common standardized goal.

Do you have color matching or color management technology?

Color Matching or Color Management is a scientific process used to provide our customers with the precise color for their label. This is especially crucial for brands who rely on distinct colors for brand identification. We understand that matching your specific color is critical to the success of your label. At Great Lakes Label, we use a X-Rite Spectrophotometer as well as light booths to ensure there are no color errors.

Should I use RGB or CMYK and what's the difference?

Use CMYK for all printing needs. And here’s why:

CMYK, otherwise known as “4- color process”, builds the colors of an image or text by applying layers of ink in cyan, magenta, yellow and black. This is a four-color mode. When the colors cyan, magenta, and yellow are added together the resulting color is brown, rather than black. The black or “k” color is used to remove the light from the printed image which creates the appearance of the color black. This is known as a “subtractive process” in which light is absorbed or removed to create color variances.

RGB is an additive process. The colors red, blue and green are combined in varying amounts to produce color variances. When all colors are absent, the resulting color is black. Because of this, colors printed in RGB will appear differently.

Can you match colors I see on my computer screen?

What is UV ink?

UV inks behave like liquid plastic. As the ink is exposed to concentrated UV radiation, a chemical reaction takes place during which the photo-initiators cause the ink components to cross-link into a solid. No material is removed so nearly 100% of the delivered volume is used to provide coloration.

The significantly thicker consistency of UV ink can benefit the print quality by reducing color bleed and dot gain resulting in sharper images.

What is Water-based Ink?

Water-based inks have been used for flexographic printing of paper and paperboard since the invention of the process.

Can I specify a PMS color?

Our custom labels can be printed to match your specific PMS color. We use spot colors to match a wide range of  pantone colors very closely, ensuring color consistency and keeping your brand integrity in tact.

What is the "label liner"?

The third layer of the label is known as the liner also known as carrier, backing, or a “release liner”. It is important to consider the quality of the liner to prevent printing issues and to adjust your automatic application needs. Liners are engineered to meet specific performance criteria. Some criteria to consider are; liner web and strength durability and its resistance to curling after sheeting.

Did you know? A label has multiple layers? A label typically has three layers, the fourth layer being optional depending on your project needs.Each layer has a specific function or purpose. Below are the technical names of each label layer: The facestock is the top layer of a label or the layer that is applied to your product.

The Adhesive
The adhesive is the middle layer of the label. This middle layer adheres your label to the surface it is being applied to (plastic, glass, wood, etc.).

The Liner
The third layer of the label is known as the liner also known as carrier, backing, or a “release liner”. It is important to consider the quality of the liner to prevent printing issues and to adjust your automatic application needs. Liners are engineered to meet specific performance criteria. Some criteria to consider are; liner web and strength durability and its resistance to curling after sheeting.

Top Coat
Depending on the purpose of your label, you may need to have a “top coat” applied. The top coat acts as a protective layer when weatherproofing is required. You may choose a top coat if your label will experience extreme temperatures, or if your label will be used on an outdoor product.

Lamination
Lamination on a label is an extra layer of coating to the entire surface of the label. The lamination covers all areas of the label surface that needs to be protected.

What's the difference between coated and uncoated stock?

Coated Stock: super-shiny paper.
Uncoated Stock paper with a matte or satin finish. This stock will absorb the ink printed on the paper giving it a dull appearance.

What is the difference between paper and film?

Some Common Paper Stocks Include:

Some Common Film Stocks Include:

How quickly can I see a proof?

If you provide usable artwork for us we can usually get a proof back to you within 1-2 business days. If you would like us to create new artwork for you, your proof will depend on your project timeline, artwork, etc.

How quickly can I find out the price of my custom label?

You can expect an estimate within 1 to 2 business days from the time of request.

What is the turnaround time?

We pride ourselves on having higher than average industry turnaround times. You can expect your label within 5-10 business days!

Does Great Lakes Label have a minimum required quantity?

Great Lakes Label LLC does have a minimum required quantity of 5,000 labels.  Tip – Smaller orders are typically more expensive to run. The price per label drops significantly as the price break levels get higher. Give us a call or send us an email for more information about ordering.

Can I get help designing my label?

Great Lakes Label offers quality full design services. We have expert graphic designers on staff to help create and design your label from concept to production. We have what it takes to get your product noticed on the shelves. For more information, contact us.

Can you print gold, silver or metallic colors?

We have the capabilities to create gold, silver or metallic effects on your label. We can help you choose the right materials to create your desired look.

Why am I receiving an Art Charge?

It could be for a few different reasons!

We may have had to add keylines, or dielines, change your process colors to spot colors (vice versa), fixed images or text that are too small or too low in resolution, or any other issues with the art that would cause them to produce with lower quality on the presses.

Have more questions about the label printing process? 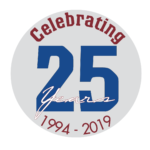